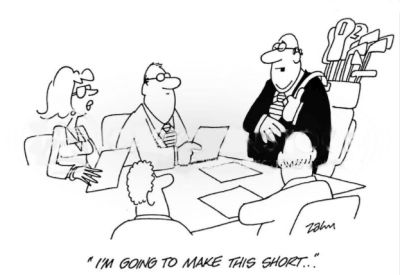 We are all more into sailing than attending meetings however our NSW & ACT Laser District AGM is a chance to review what has happened in the past year and have an input into what should be done going forward.

This year the meeting will be held in the Sailing Office at Georges River Sailing Club on 9.00am Sunday 5th December co-incident with the State Championships.

The 2021 agenda, minutes from the 2020 AGM and reports for this meeting are Here.

ALCA are changing the ranking arrangement for ILCA World Masters Championships to apply from World Masters 2023 which will be held in Pattaya, Thailand in February 2023.

The new ranking policy Here is based on results from the previous Australian Laser Masters Championships.

This policy is much simpler than the previous ranking policy issued in July 2017 which factors results from six World National and State Masters events. The new ranking regime is facilitated by the change to Australian Masters from 2022 all being stand-alone Masters events held in rotation between the eastern states.

With its adoption the ranking of sailors for all ILCA World Championships (Open, Youth and Masters) will be consistent and based on performance at the respective Australian Championships.

In summary ranking for May 2022 World Masters in Nuevo Vallarta, Mexico will be based on results of the previous two World, National and State Masters events as per the existing policy Here. For the February 2023 World Masters in Pattaya, Thailand ranking will be based on the results of the Australian Masters February 2022 Westernport YC as per the new policy Here. 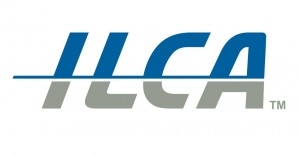 The International Laser Class Association proposes changes to its constitution and needs a 2/3rds majority vote to bring this about.

We posted in April 2020 Here about the reason for the update then requesting suggestions for changes.

In summary the Constitution needs to be brought into the 21st century, to reflect the new naming and class builder arrangements and to reform the representation and voting rights on the ILCA World Council and modernise its governance.

Information about the proposed changes and a link to the voting site are available for the next six months on the ILCA website Here:

This is a non controversial change and a yes vote is recommended.

Wild Weather for Inaugural Battle of the Sound Regatta 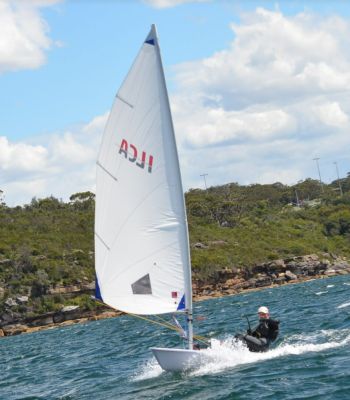 The weather gods produced a strong westerly breeze which increased over the course of the day, with gusts of 30 knots-plus during the afternoon.

Sixty-four competitors registered and 44 ‘brave souls’ (25 Radials and 19 Standard rigs) made it to the 1pm start in what could only be described as tough conditions, under the watchful eye of Olympic Race Officer Hughie Leicester.
The winning team from MYC took home the refurbished centreboard trophy.

The full results are Here.

More details of the event thanks to MHASC Commodore Chris Kelleway  are Here.

ILCA says that it is excited about this change, which for the first time gives sailors under the age of 35 the opportunity to join the ILCA Masters World Championships and to enjoy the unique atmosphere of that fleet. All other Masters age categories will remain unchanged.

The new age range will apply for all ILCA District, Regional and World events including the upcoming 2022 Australian Masters at Westernport and the 2022 Masters World Championships in Mexico.

ILCA says that while it does not expect this change to dramatically increase the number of Apprentice entries in events it believes that by being more inclusive and “broadening the tent” to allow more adult sailors to enjoy Masters events it will attract more interest in the ILCA class from both grass roots and former competitive ILCA sailors looking to get back into our great sport.

The NSW Government has now set the resumption of both regional travel and community sport to the Monday after 80% of over 16s have been vaccinated. This is projected to be on Monday 25th October.

We will not be able to run the 2021 Coast Championships at South Lake Macquarie Amateur Sailing Club on 23 -24 October as planned. The event is now cancelled.

When we set the event timing we didn’t expect that COVID Delta would come along and upset our plans (and our lives).

It looks like most sailing clubs are planning to resume racing in early November and we are confident that our State Championships 4-5 December at Georges River Sailing Club will go ahead as planned.

If you missed the webinars you can see the recordings on YouTube on the following links; 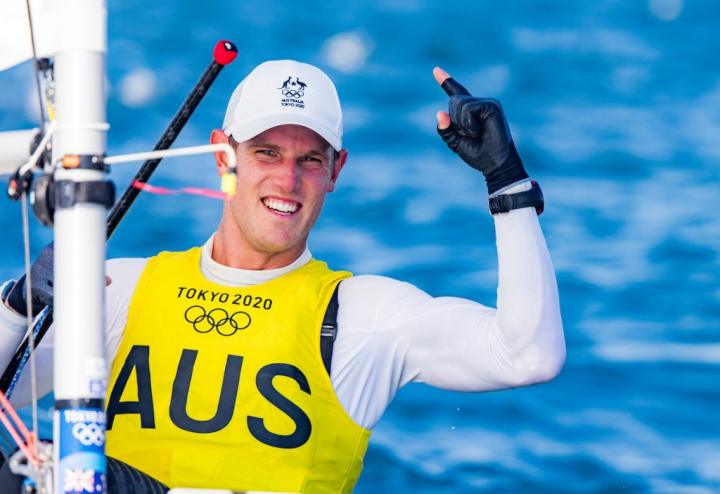 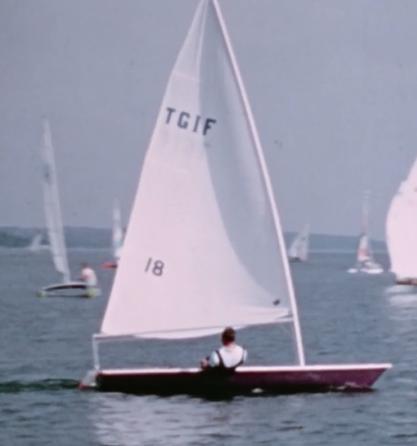 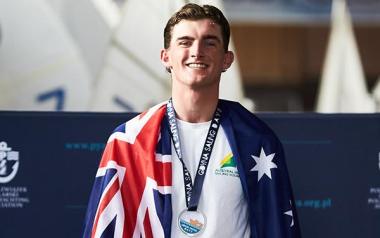 Despite high COVID cases and constraints the 2021 ILCA World Championships have so far been able to run and attract near capacity competitors. Over 800 sailors have competed in the Youth (4.7 and Radial) and the Under 21 Worlds in Europe. ILCA did a great job to pull this off.

You have to admire the tenacity of these young sailors navigating COVID exit and entry restrictions and travel difficulties just to be able to compete in these events.

Unfortunately due to Australia’s foreign travel ban no Australian sailors have been able to compete in these Youth Worlds events however Australian sailing managed to send two sailors to Under 21 Worlds and are sending Australian Sailing Squad members to the Radial Women’s Worlds in Oman in December and the Men’s Standard Worlds in Barcelona in November.

The sole Australian, Zac Littlewood from WA, had a dominant win in the 134 boat fleet in the just completed Under 21 World Championship in Gdynia Poland. Zac posted 5 wins and 2 seconds to win by 23 points. Top Australian Under 21 Women ILCA6 sailor Paige Caldecoat represented us in the U21 Women’s event in Gdynia finishing a creditable 18th in the 57 boat fleet. The full results are Men Women.

Travel bans look likely to persist for this year and in any event travel costs are through the roof, so the prospect of Australian sailors competing in the World Masters (Barcelona, November) are bleak. There are 260 entries for the Masters event which in better times might have been near the 400 entry limit.

ILCA have announced timing and venues for 2022 World Championships (except for ILCA6 Youth Worlds). Listing of the events is on the ILCA’s web site Here. Australian sailors will hopefully be free to travel to these 2022 events. 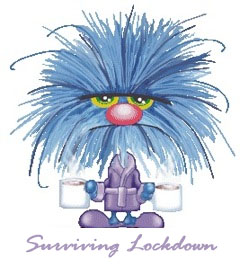 It is complicated but at least you can get out on the water in your Laser if you can stick to the exercise rules. These rules are summarised in the NSW Government flyer Here.

We understand that, like all the current COVID health orders, the aquatic exercise go/no go rules are being enforced so best to read up before venturing out to avoid State Revenue nabbing the funds you had set aside for a new sail or a hair cut, new PJs and a lockdown’s worth of coffees.

ALCA has announced that with regret, due to ongoing uncertainty about travel logistics and border closures, they have decided to cancel the Laser Australian Open & Youth Championships 1-8 January 2022 in Fremantle WA.

ALCA considered delaying the event to later in 2022 however there is no guarantee, with the strict stance taken by the WA Government,  that  this will be possible. ALCA COVID policy requires that sailors from all states and territories can travel quarantine free to and from the event for it to be the National Championship. 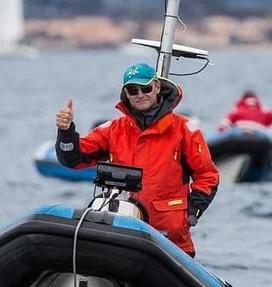 This Australian Sailing webinar is free and open to all. If you are interested in attending the webinar, please register Here.

You can see a fine tribute to coach Michael Blackburn by Tom Slingsby Here.

Due to the continuing uncertainties of COVID restrictions Double Bay Sailing Club has made the decision to cancel The Women’s Regatta, which was scheduled for 25-26 September 2021.

This event has been an important part of DBSC’s aim to support and promote women’s participation in the sport and the ILCA/Laser class. It is an event like no other and will be back when COVID is controlled.

Thanks to volunteers and participants who had planned to be part of the event. 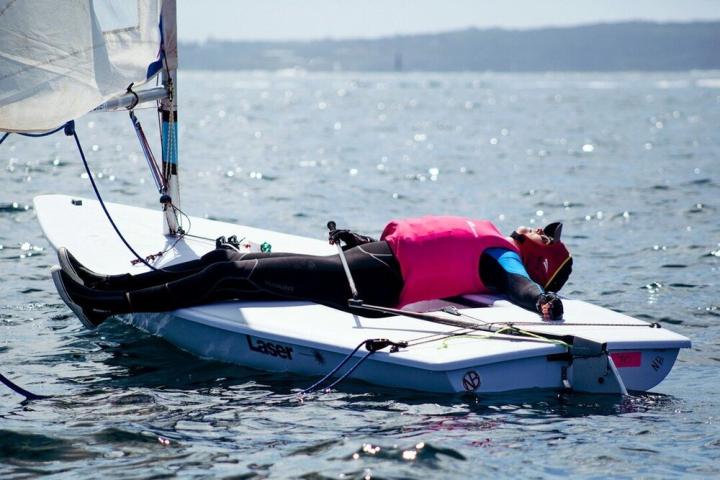 You can see the video of the Laser 50th Regatta on 20 June here.

Thanks to Double Bay Sailing Club for staging this event.

Special thanks to the great organising by Diana Chen the video capture by Aero Media with video production by James Tudball of The White Tree. 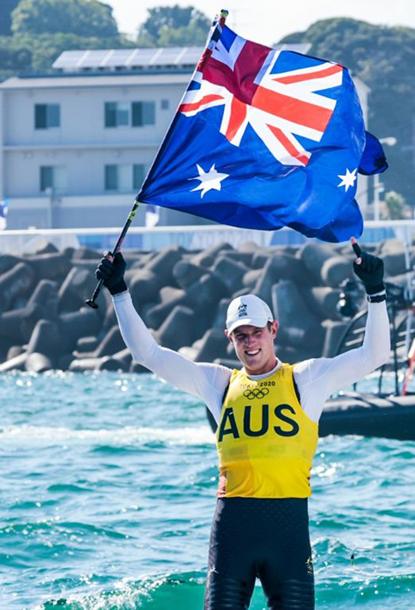