The NSW & ACT State Masters is on 13th -14th February at Jervis Bay Sailing Club. This is a great place for Laser Sailing with beautiful open water. If you were at Jervis Bay in 2011, the last time we ran the Masters there, you might remember the lovely NE’ers. The photo above  may remind you.

This is our cube regatta for Masters and an event not to be missed.

We will be going ahead with this event as long as NSW & ACT health orders allow all NSW and ACT sailors to travel to Jervis Bay and return without having to quarantine. At present all but the northern zone of the northern beaches can travel and their restriction is projected to be removed on 9th January.

The event will be run with the usual format of six races over two days. The Notice of Race is HERE. Entry is $60 and you can enter HERE. 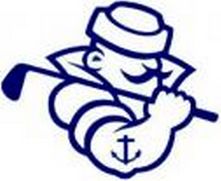 It’s on again, the legendary Masters Golf Tournament will be held on Friday 12th February the day before the NSW & ACT Laser Masters.  Venue is the beautiful Callala Country Golf Club. You need to arrive around noon to sign in, be allocated to a team, have a bite to eat and be ready for a 1:00pm first tee time.

The tournament director on the day will be our very own ILCA Vice President, Hugh Leicester.  If you might be a little embarrassed about the quality of your golf, as most of us are, it simply does not matter as we will again be playing an Ambrose format.  So pack your golf clubs (or hire some from the pro shop) and come and join us for a fun afternoon.

Port Stephens SAC to Manage and Merge with Newcastle CYC

Our favourite venue for large Laser events the Port Stephens Sailing and Aquatic Club (PSSAC) at Salamander Bay has now been secured by the Newcastle Cruising Yacht Club (NCYC). The clubs memberships will be merged.

This is a good outcome as the Port Stephens Council had sought to get greater community benefit from the the club and its iconic location. It was feared that commercial interests might prevail.

NCYC is a strong and well organised club and its management of PSSAC will help promote and retain sailing in the area. PSSAC President Lachlan McPherson said of the changed management “We see this as a very positive outcome to secure and further develop the venue on Salamander Bay for dinghy sailors both local and visiting”

The newly merged club is off to a flying start with a new name “The Bay Sailing Centre” and a makeover with barista made coffee and snack bar and  a discover sailing experience kicking off from 21st December. The Port Stephens Examiner carried the advertisement of the new initiatives HERE.

We will be running the (one year delayed) Oceania and Australian Laser Masters Championships at PSSAC 10-13 February 2023. NCYC have indicated their support for the event arrangements which we have had for some time with PSSAC.

Minutes and reports from the meeting are HERE. 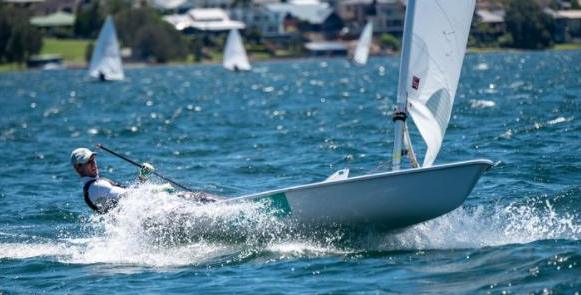 The NB Sailsports NSW & ACT Laser State Championships were held over the weekend of 5-6 December at Belmont 16s Sailing Club.

Entries were COVID Safe limited to 120 with strong fleets of Standard (55) and Radial (57) and a small 4.7 (8). Olympic representatives from Australia, New Zealand and Belgium ensured some very competitive racing in the Standard and Radial fleets.

In the Standards Australia’s and New Zealand’s Olympic representatives Matt Wearn and Sam Meech went head to head. Sam and fellow countryman George Gautrey had the upper hand on day one while Matt scored three bullets in the breeze on day two to take a one point win. Australian Sailing Team and Double Bay SC member Finn Alexander was a very consistent fourth.

In the Radials RSYS/DBSC’s Brook Wilson led after day one with a first and second. In the breeze on day two however Belgian Emma Plasschaert the 2018 World Laser Radial Champion scored two wins. Both however were eclipsed by Zoe Thomson from Royal Freshwater Bay Yacht Club WA. Zoe had a consistent series counting 1,2,2,2 to win by one point from Emma.  Australia’s Olympic Radial sailor Mara Stransky was just one point behind Emma in third counting a win and three 3rd places. Local Under 19 RSYS/GRSC/DBSC sailor Daniel Costandi was the sole male in the top seven places. He had a consistent series in the hot fleet.

Thanks to the fabulous Belmont 16s club, to Sailing Manager Nadine Steenson and the volunteers, several of whom would normally sail in the event. Thanks also to the our R.O. Andrew McLachlan and to the club for allowing the event to proceed with COVID Safe rules in place.

The full results for the event are HERE.

Photographer Jon West has a huge number of photos which you can browse HERE and buy. 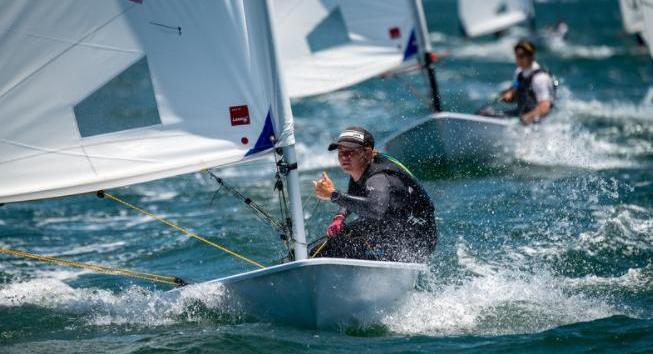 Due to COVID safe club requirements entries for the NB Sailsports NSW & ACT Laser State Championships at Belmont 5-6 December are capped at 120 and there will be no beach entries.

The event is fully booked and entries are closed as of 30 November.

You can see who has entered HERE

If any sailors cancel their entry we will offer their place in order to folks who register on the wait list HERE.

The NoR for the event is HERE and the SI are HERE.

Following is some information on the venue and the COVID safe arrangements we have.

Keep Your Own Dolly

DBSC – A Pretty Good Crowd for a Saturday 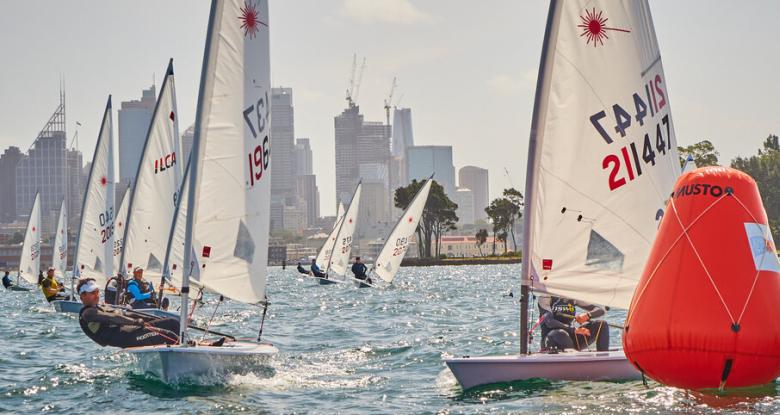 As Billy Joel sang in The Piano Man back in 73 “It’s a pretty good crowd for a Saturday” Double Bay Sailing Club set a new fleet record last weekend for a Saturday club race with 76 Lasers competing.

If you want to join the crowd at DBSC check their web site HERE.

We have a new mobile app which each Australian Laser district can use and which will provide notifications, information, documents, results etc. relevant to our district and regattas.

Many sailors will have seen how useful this information and notifications are for regattas when a similar app was used at the Victorian 2020 events earlier in the year.

The app is free on the Apple App Store and Google Play Store – just search “Australian Lasers” and look for the distinctive app logo or click on one of the links below. 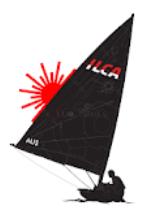 With the October changes to COVID health orders we are able to run the  NB Sailsports NSW & ACT Open State Championships at Belmont 16s 5-6 December.  Everyone who enters will have the chance to win a Laser sail  donated by NB Sailsports’ Rob McMillan. The winner to be drawn at the presentation.

The States is a cube event for  open and youth categories. As usual there will be prizes for masters categories  at the States but  Masters cubes will be awarded at the State Masters event at Jervis Bay 13-14 February 2021.

We will have some new land arrangements for the States as part of our COVID Safe Plan  to maintain social distancing. Due to COVID safe requirements of the club this event will be limited to 120 entries and no beach entries will be accepted. We average around 100 entries for our States so the 120 limit may not be reached. If it is then entries will be closed so best to place your entry now online HERE. See who has entered HERE.

After the disappointments of postponed Nationals and cancelled World Championship events we are all looking forward to actually sailing in an event in our own bubble.

The Notice of Race for the States is HERE and the SI are HERE.

Don’t forget if you are entering the States or our other events you need to have current membership. Membership runs from 1 October 2020 to 30 September 2021 and can be paid HERE. Members of Lane Cove 12 ft SSC and MHASC have membership paid by their clubs. 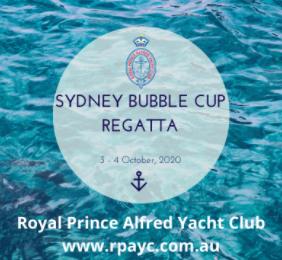 One of the first regattas back the Bubble Cup Pittwater Centreboard Regatta will be run at Royal Prince Alfred Yacht Club on 3rd and 4th October.

You can see the results of the event HERE.

The Australian Open and Youth Championship 6 year rotation around the states will be unchanged though as previously advised the WA event at Fremantle SC due to COVID-19 will be postponed for one year.

The separate Australian Masters event will be held on a three year rotation around the east coast mainland states.

ALCA expects that with the greater focus on youth in the National Open and Youth Championships and with the increase in emphasis and numbers in the 4.7 at these events the Laser Nationals will continue to grow and prosper.

The separate National Masters events have always been popular and very well attended. ALCA considers that running more of these will increase Master’s participation and interest.

The rotation sequence for these events will be as follows: 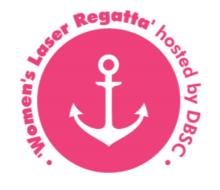 DBSC Commodore Andrew Cox’s notice on the event is HERE.

Australian Sailing has issued guidance on running of club sailing and events which you can see HERE.
Pertinent to our NSW & ACT Laser events are the points:

• Club racing and regattas are able to continue, however clubs are being asked to avoid events where competitors are coming from areas outside your club’s metro areas where possible.
• Avoid travel to regattas outside your local area.

Our events this season are outside Sydney except for the Metropolitan Championship (Hunters Hill). Under this guidance we are advised to avoid running these events and in effect the vast majority of our sailors are advised not to attend them.

While the situation may change it seems unlikely that it will leading up to our planned Coast Championship at Port Kembla (24-25 October). So rather than leaving sailors hanging on we have decided to cancel the Coast Championship this year.

We are hopeful that our States at Belmont (5-6 December) will be able to proceed. We will review the situation in September.

Due to uncertainty about COVID-19 health orders and border restrictions, ALCA in consultation with event organisers WA Laser Association and Fremantle Sailing Club (FSC), has decided to postpone the 2021 Australian Laser Championships to  1-8 January 2022 at FSC.

The Women’s Regatta hosted by Double Bay Sailing Club will be held on 26 and 27 September 2020, This will be the first Australian Laser regatta of the 2020-21 season.
.
After the success of the 2018 and 2019 regattas, the organising team of Clare Alexander and Christine Patton are back to present the not-to-be-missed annual event for women Laser sailors of all ages and abilities.

Due to the current COVID-19 public health advice and the safety plan adopted by Double Bay Sailing Club, the format of the regatta will be different from previous years.
The entry fee covers the cost of the sailing competition which includes 2 days of racing. Ten races are scheduled of which four will constitute a series. If permitted  there will be other activities such as yoga, land-based classroom sessions, a dinner function, and presentations. If it is possible to run these additional activities  then they will be included in the event fee.

To register for this event;

Please feel free to contact Event Secretary Clare Alexander  at events@dbsc.com.au or 0409 391 304 with any questions about the NOR or the registration process.