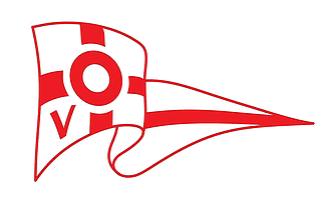 The NSW  & ACT Coast Championship is coming up on  this weekend 27-28 October at Vaucluse Yacht Club.

This event will provide great sailing on Sydney Harbour. We will have sign on/off via SMS so sailors who enter online can conveniently deploy from their own club or from locations around the Harbour as well as from VYC.

The Notice of Race with all the details is HERE and you can enter online HERE.

Sailing Instructions for the event are HERE.

Information from VYC’s Robert Persson on parking around the club is “Parking is challenging but not insurmountable – our members manage every Saturday! There is a small parking lot next to St Marys Church (where the Scouts hall is) otherwise parking either on Hopetown Ave or Old South Head Road will be your best option. The recommendation is to get their early to allow additional time to unload/park if you intend to rig up at or near the VYC – arriving before lunch would be best as Watsons Bay fills up pretty quickly from midday onwards.”

Photo by Nic Douglas – Adventures of a Sailor Girl

Double Bay Sailing Club hosted the inaugural Women’s Laser Regatta on 8-9th September. It was an event intended to encourage greater female participation in the Laser class, facilitated in an environment that was supportive, informative and fun.

50 women sailors from all over Sydney and beyond attended the weekend-long event, with yoga on the deck, breakfast eggs benedict, expert coaching, inspirational dinner speakers and competitive racing.

Participants ranged from women who had not sailed for 20 years, women who had sailed other classes but never a Laser, women whose children are rising sailing stars, and a strong contingent of those young stars themselves, along with DBSC’s regular women sailors. 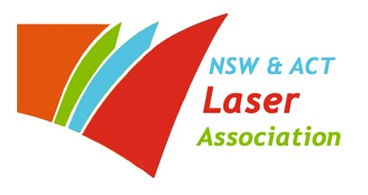 If you are under 21 at 1st October 2018 then the membership fee is $20 otherwise it is $40. The majority of the funds we collect from our membership fee (75%) goes to The Australian (ALCA) and the International (ILCA) Laser Associations in the from of affiliation fees. This enables these folks to run the iconic National and World Laser Championships and to administer the Class.

Current membership of a Laser District is required for sailors to enter in our district or any national or international Laser events.

For the limited entry ILCA World Championships the number of  members we have in Australia in all our Districts is used to determine how many entry places our sailors are offered.

Balmain SC are donating the dinghy entry fee from their annual regatta (first run in 1849) and to be held this year on 28th October to the Lane Cove 12 Foot Skiff Sailing Club towards the reconstruction of their boat shed which was destroyed by arson attack on 16th September.

Competing dinghies are encouraged to sail from nearby inner west sailing clubs which are all in easy reach of the start line between the BSC and Cockatoo Island. Sailors and friends are invited to our post-race Beer, Band & BBQ at the BSC in Water St, Balmain.

The Notice of Race for the event is HERE.  You can enter via the BSC web site or from the link HERE. 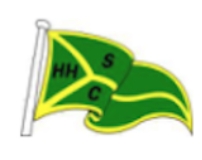 Hunters Hill Sailing Club are running a Laser 4.7 Rookie Camp on 11-12 October – the second week of the school holidays.

They have have Australian Sailing Team member Finn Alexander, himself an alumni of HHSC, and NSWIS Laser Sailor Oskar Hansen leading the program with assistance from Sylvie Stannage.

The focus will be on getting boats set up well, basic techniques explained and worked on, and getting the basics of getting that 4.7 up and boogying.

They will welcome 4.7 sailors from all clubs, and they are especially keen to give the 4.7 rookies a great introduction to our magnificent class – a dinghy for life.

You can book your place HERE. 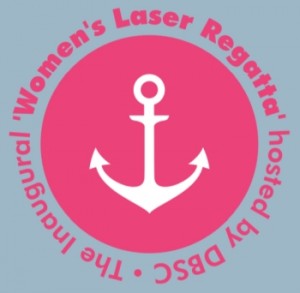 Hosted by Double Bay Sailing Club this is a regatta run by women, coached by women and competed in by women of all ages and skill in Laser Radial and 4.7.

This fabulous event will feature;

The Notice of Race for the regatta is HERE and you can enter online HERE.

International Laser Association (ILCA) have just announced the dates and venues for 2019 4.7 and Radial Youth World Championships and the 2019 World Masters Championships. 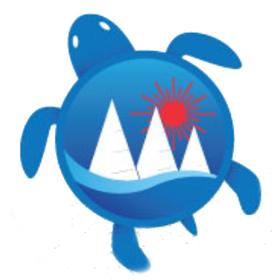 The initial few years of the Oceania Region Championships have been combined with the Australian National Championships however in due course these events will be staged in other Countries of the Region. As well OLCA has plans for events and to develop the class in the Region. There is a new web site specifically for Oceania Laser events and information at http://oceania.laserinternational.org/ .

Australian based Laser builder PSA will provide up to 100 new Lasers for charter in the Region. Initially these will be deployed in Fiji for the Fiji Oceania Laser Masters event to be held at the Sofitel Resort Dunarau Island 13-19th October 2018.  Entries are rolling in for this event and there is an event web site with links for charter, flight and accommodation package booking and entry as well as information about the event. It is at https://www.oceanialaserchamps.com/  .

Oceania Laser President Ken Hurling’s  report posted on the OLCA web site outlines the events which are being planned for Oceania in the next few years. While the details are a little fluid the event list is extensive and growing. Ken’s report document is at http://oceania.laserinternational.org/wp-content/uploads/sites/5/2018/05/OLCA-AGM-10-February-2018-Presidents-Report.pdf

For all world Championships entry is limited by International Laser Class Association (ILCA) with entry based on the numbers of members in each Country.

For the 2020 Men’s Standard and Radial and Women’s Radial World Championships to be held at Sandringham YC Victoria in February 2020 ranking for the limited Australian places will be made after the initial entries close which will likely be in October 2019. According to the ALCA ranking policy ranking (other than for Master’s events) will be according to places in the preceding National Championships which, in October 2019, will be the 2019 Australian and Oceania Championships in Devonport.

The Australian ranking for the 2020 Geelong Laser World Masters will be according to the ALCA Masters Ranking Policy which is at http://www.lasersdownunder.com/wp-content/uploads/2008/04/ALCA-Laser-World-Masters-Ranking-Policy.pdf . We expect to be able to offer places to all Australian Masters sailors who apply for this event so the ranking arrangements are less of an issue.

There is a post on the ALCA web site covering in some detail the ranking for 2019 and 2020 World Championship events. The post is at http://www.lasersdownunder.com/laser-world-championship-ranking-events/

Tasmanian Laser Association have been busy setting up what should be a great Oceania and National Championships in Devonport 1-8 January 2019.

Entries are now open and the links for this and all the information about the big event are on the regatta web site https://www.auslasernationals.com.au/

The inaugural Oceania Fiji Laser Masters Championships are coming up. The event is being held at the five star Sofitel Resort Denarau Island, Fiji. This is a great venue with warm water and good sailing breezes. 100 brand new Laser charter boats will be supplied for the event.

The event for Standard and Radial rigs will be held from 13th to 19th October 2018. All Masters age categories will be catered for as well as a novel Corinthian category for 21 to 34 year old Laser sailors.

Charter bookings are open & will be on a first come first served basis, book early so you don’t miss out. The Notice of Race is HERE and you can click the link HERE to secure your charter.

Fiji Airways and Sofitel have special discounted rates for flights and accommodation for the event. Click HERE to get information and book a fly and stay deal.

The event web site https://www.oceanialaserchamps.com/ has details and links to book a charter.

Brett Beyer will be running a three day coaching clinic from 11th to 13th October before the event. You can get information and sign up for the clinic HERE.

Victoria to Host 4 World Championships in 2020

The Victorian Laser Association (VLA) has been awarded the rights agreements to conduct a series of National, Regional and World Championships in Melbourne and Geelong in the January – March period of 2020.

The event schedule (registration and racing days) is;

Pre-Christmas local regattas and training opportunities will also be available in the lead up to these major championships.

The VLA is working closely with Australian Sailing and the Sail Melbourne International Regatta committee to coordinate the programming of Sail Melbourne with these Laser events.  The Regatta Organising Committee is  working with the ALCA, ILCA, host clubs and Laser builder PSA to make this an unprecedented summer of sailing for the Laser global fraternity.

Entry includes four days of great racing Friday nibbles, Saturday Regatta Dinner and Sunday presentation BBQ. All this for $195 for entries place HERE  before 6th July. For those slow off the starting line there is a $50 late fee for entries up to 13th July.

The Notice of Race is HERE. 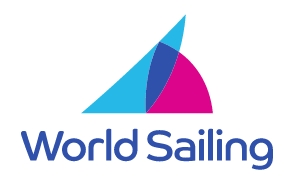 World Sailing’s mid year meeting was held last weekend in London. One high profile subject discussed was the sailing events and equipment to be used in the 2024 Paris Olympics (Marseille).

At the 2017 November World Sailing meeting it was resolved for the 2024 Olympics to keep the 49er, 49erFX, the mixed Nacra 17, the Laser and Laser Radial and to review the 470, Finn and RS:X Boards. There has been (and still is) much heartfelt concern and debate about the dropping of the traditional Olympic boats the Finn and 470 which have been in the games since 1952 and 1976 respectively. There is a post below covering this issue.

The WS decisions on the review last weekend are HERE .

In summary the current five RS:X, Finn and 470 events are to be replaced with;

The equipment to be used and the format of the new events will be evaluated further and discussed at the 2018 WS Conference later this year and final decisions taken in December 2020. There is a humorous take on the decision HERE  however imagination and some difficult decisions will be needed to deliver on the WS goals for these new events.

As for the Laser while the event and format is retained for the 2024 Olympics the equipment supply will be evaluated later this year in a process which WS term “anti-trust review”. This review will look at all aspects of the Laser equipment including suitability for the Olympic Event, prices, manufacturing, availability and supply around the world. The final outcome of the review is expected in November 2018. Given the current testy relationship with the world’s largest Laser supplier the outcome of this review is somewhat uncertain. 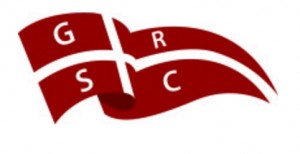 This event is being run by the NSW Opti Association and Georges River Sailing Club for invited classes which include Laser 4.7 and Radial.

The Notice of Race is HERE. Online entries can be placed HERE.