Below is a Jon West photo which could contest action shot of the year. It is of Scott Farley on Sunday at the States when the wind had eased up a little but was still enough to blow Scott’s visor off.

Jon West retrieved the visor and, reunited with its owner, it will see many more Laser race days as we are sure will Scott and his son Tom. Father and son finished 12th and 5th respectively in the GRSC event. 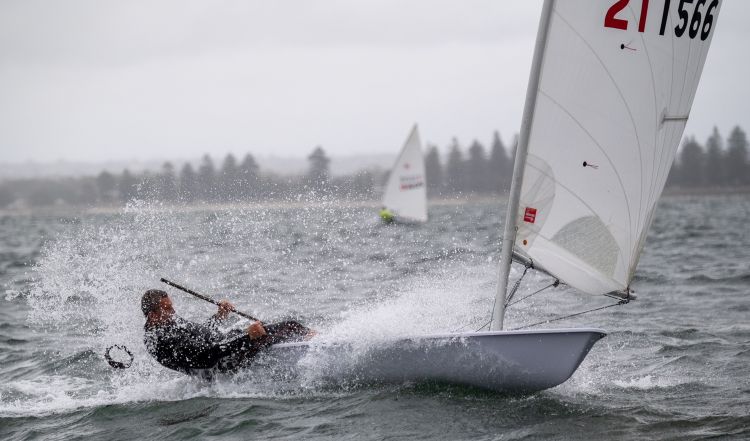 You can see many more of Jon’s States photos on his web site Here.