ALCA is compiling a candidate list of coaches for Australian Teams at a Youth & U21 World Championship events.

The EoI closes on 10 February so a tight time line. Details are on the ALCA web site at http://www.lasersdownunder.com/request-for-alca-coaching-expressions-of-interest/

The 2023 Oceania & Australian Masters Championships will be held at the Bay Sailing Centre Soldiers Point on Port Stephens 10-13 March 2023.

This event is a little later in the year than normal and was re-scheduled to avoid clashing with the ILCA World Masters Pattaya, Thailand 8-16 (ILCA 6) and 18-26 (ILCA 7) February 2023.

Port Stephens is our favourite venue for Masters events with great sailing winds and water and lots of accommodation in all price ranges.

The Notice of Race for this event is Here.

Charters will be available from NB Sailsports and Performance Sailcraft Australia.

The next Oceanian and Australian Open & Youth Championships will be at Adelaide Sailing Club 1-8 January 2024. Following these championships will be the ILCA 7 Men’s and ILCA Masters Worlds. There is a YouTube video promo for the big events Here and the the full list of event dates is below.

There will be a number of lead up events at ASC which will be a good opportunity to familiarise sailors with the conditions for the big championships. The full program of ASC events  and the 2023 Masters is below.

The 180-boat event was sailed in four fleets with three ILCA class rigs. There were 150 Australian and 30 international sailors from 12 countries competing.

Sailing was scheduled between 3rd and 8th January however on days 3 & 4 (5-6 January) with the wind at 27 gusting to 35 knots no sailing was possible . Two race per day were sailed on days 1 and 2 in very good conditions followed by three races on day 5 in testing 18-20 knot southerly winds while the final three races on day 6 were sailed in ideal 15 knot southerly conditions.

The under 19 ILCA 6 division was won by Australian Sailing Youth Sailor of the Year and silver medallist in the World Sailing Youth Championships Evie Saunders from Manly Yacht Club in NSW.

The ILCA 7 fleet was hotly contested with four Australians, four from Great Britain and two from New Zealand finishing in the top ten.

In a drama packed final race Michael Beckett (GBR) needed to win to take the title after Australia’s Matt Wearn had some issues and was a DNF. Michael finished second and so Matt Wearn won his fifth Australian Laser/ILCA Championship on a close countback. Elliot Hanson (GBR) was third in front of popular WA sailor Swifto Elliott and leading Kiwi George Gautrey.

The leading youth sailors (under 21) was Stefan Elliott-Shircore from Western Australia.

The ILCA 4 (aka Laser 4.7) fleet of 55 boats consisted of up-and-coming youth sailors under 18 and under 16 years of age. The first three placegetters were young sailors from Victoria. Aidan Simmons and Angus McIntyre both won four of the ten heats, with Aidan the overall ILCA 4 champion by two points. Riley Cantwell finished third overall and was the under 16 junior ILCA 4 champion. It was pleasing to see 40% of the ILCA 4 fleet were women and the first woman Sara Bruce from DBSC and RSYS was 4th overall.

Based on strong performances particularly in the ILCA 4 fleet the Battens Trophy for the best performed State went to Victoria. Victoria showed the benefit of strong state training programs and racing in ILCA 4 and the feed in junior classes, in particular the Optimist class.

Full results can be found Here and on mobile devices using the free Australian Laser App under the National & District Events tab.

The next ILCA class National & Oceania Championship will be for masters sailors at Port Stephens, Australia on 10-13 March 2023 were nearly 200 boats are expected to compete.

The next Oceania & Australian Open & Youth Championships will be at Adelaide Sailing Club 1-8 January 2024. There is a 4 minute promotion video for the 2024 Adelaide event and the following ILCA 7 and ILCA Masters World Championship events on YouTube Here.

Jon West has been braving the weather and his valuable equipment to capture some great action photos. You can view and purchase photos from the event Here.

Note that the photo albums are numbered from the Practice Race as Day 1.

Two Days On Shore Due to Unsafe Conditions 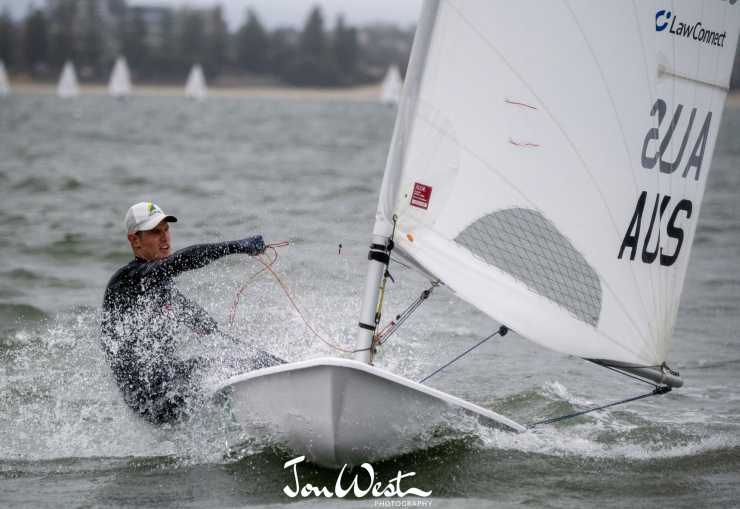 After run of great weather including for the Practice Race and Race Days 1 & 2 Huey has turned on a nasty spell (5 & 6 January) of wet and excessively windy days so no safe, fair racing has been possible.

The women are dominating the ILCA 6s holding the top six places. With no racing on the third scheduled day of racing the ILCA 6 qualifying series is concluded and a drop is included to determine the split into the Gold and Silver fleets for the Final Series. Results for the Qualifying Series are Here.

There is just one point between the top four so it is all in play for once the weather allows the Final Series to proceed.

In the ILCA 7s team GBR has four of the top six places however Olympic Champion Matt Wearn is three points clear at the top. Racing has been very close and the series is still wide open. Results to Race 4 in the ILCA 7s are Here.

In the 55 boat ILCA 4 fleet Team Victoria of Aidan Simmons, Angus McIntyre and Riley Cantwell is dominating taking pretty much all the podium places in each race. Full results are Here.

The Oceania & Australian Open & Youth Championships get underway 1-8 January at Georges River Sailing Club. There will be practice race on 2 January with the more serious business starting on 3 January with two races per day over six days.

There will be a hot fleet of 180 boats racing in four fleets in ILCA 4, 6 and 7s. The Australian Sailing Team and top level sailors from all Australian states and territories will compete along with sailors from the Pacific, Asia and Europe. 13 countries in all will be represented. Late entries can still be placed.

The event web site https://www.auslasernationals.com.au/ will have information, race documents and results. Otherwise the series can be followed using the Australian Laser App which is a free download from the App Store and Play Store at the links below.

Links to event information & documents are below. 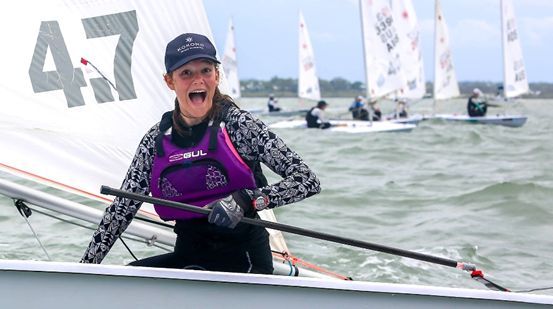 The young sailors listed below have been selected to represent their state ILCA district as a Youth Solidarity entrant in the Oceania & Australian Open & Youth Championship 2023 at Georges River Sailing Club, Botany Bay, NSW.

We look forward to seeing them all on January 1st , 2023 at GRSC. They will be presented with their team merchandise, allocated a charter boat & will meet their regatta coach.

There is more information on this the origins and aims of this program in the press release Here. 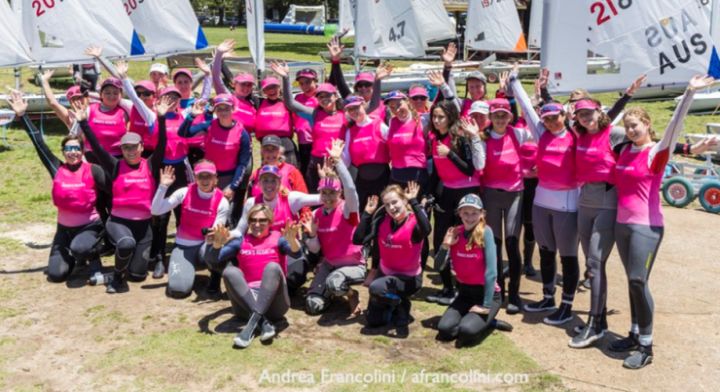 It wasn’t all about racing however there were some competitive sailors and some ILCA 4s and 6s on the water so some racing was a natural part. The racing results are Here.

There is more on this event on the DBSC site Here.

Jon West was on the water to cover the event. His photos can be seen and purchased from his web site Here.

The normal entry for the Oceania & Australian Open & Youth Championships Here has been extended for one week to midnight on 7th December. After this time entry may be available with an additional $80 late fee.

There is a great line up of local and international sailors entered for the event which you can see by clicking through the entry link.

Entries will be closing for the Oceania & Australian Open & Youth Championships on 30th November.

The event will be held 1-8 January at Georges River Sailing Club. Sailors are looking forward to finally being able to compete in this event which, thanks to COVID has not been possible for the past two years.

There is a growing list on entries including elite & Olympic level international and top local sailors.

This event is the qualifying event for Australian sailors for all 2023 ILCA World Open and Youth Championships.

After 30th November entry may be possible with an $80 additional late entry fee.

There are links below for NoR, Entry and if you need one for boat charters.

The State Championships were held at Wangi ASC on 19 November. There were 127 entries from Tasmania, Victoria and Queensland as well as NSW & ACT. Some great racing was enjoyed by all on Saturday. On Sunday a nasty westerly blew over the course with gusts over 40 knots which prevented any safe and fair racing.

On Saturday three races were completed in 15 knot NE breeze – ideal Lasering conditions. With no drop consistency was the key to success and the results were quite close in all rigs and age divisions.

The final results series are Here

Lots of great action photos by Jon West are on his web site Here. 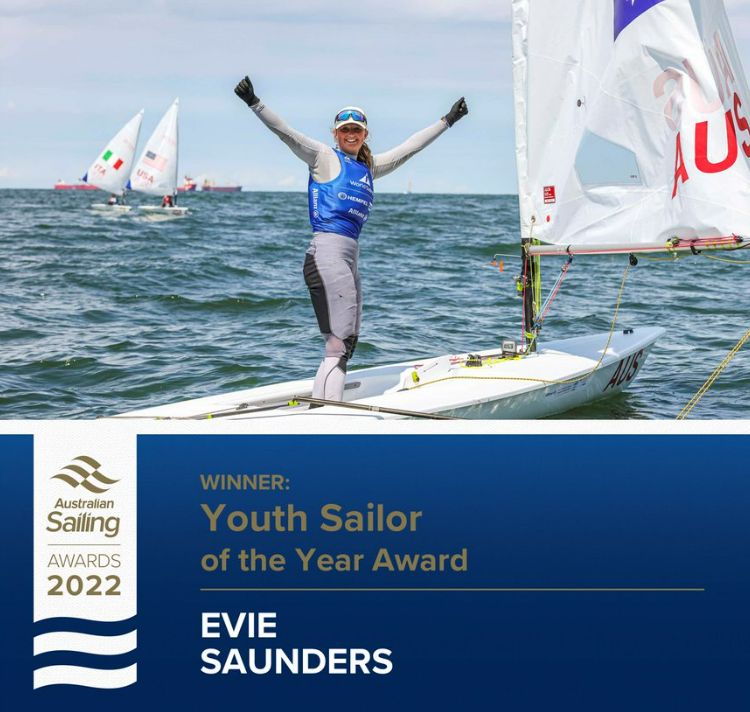 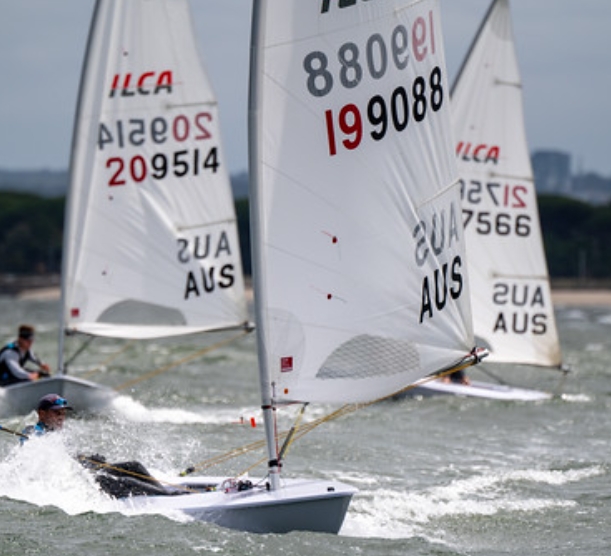 The State Championships are coming up 19-20 November at WASC Wangi on Lake Macquarie. Because of the Nationals being held at Georges River (1-8 January 2023), the World Masters Pattaya Thailand (8-16 February) and the National Masters Port Stephens (10-13 March 2023) this event is combined for Open Youth and Masters sailors with cubes awarded in all categories.

The NoR is Here. The Sailing Instructions are Here.  You can enter online Here or up until 11.30 am on 19 November at WASC.

Arrival and venue information for Wangi is Here.

WASC is a great club and have run this event very successfully for us in 2016.

The AGM of the NSW & ACT Laser Association was held in the club house at Wangi Amateur Sailing Club on Sunday 20th November.

The Meeting agenda, minutes and reports from the meeting are Here.