This is the web site of the NSW/ACT Laser Association. We are one of the districts which support Laser sailing in 120 countries around the world. We run Laser events and support our sailors through training and information exchange.

You can see our event calendar, race documents, results and photos as well as class news on this site. You can also enter our events from links on this site. 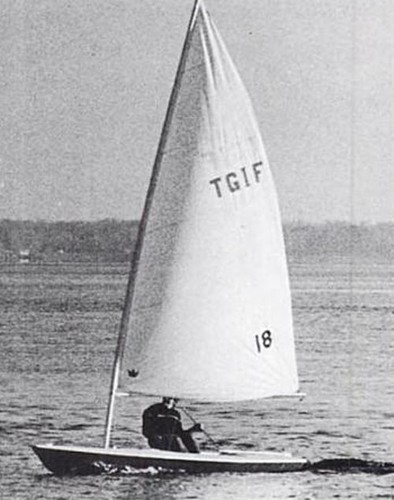 The Laser was designed by Canadian Bruce Kirby. Over 200,000 Lasers have been built since it was first launched at the New York Boat Show in 1971. You can see all about the origins of the Laser here.

The Laser is a strict one design boat. All aspect of its design and construction are controlled by agreements between the licensed manufacturers, the International Laser Class Association ILCA and World Sailing.

The Laser Class is administered by the ILCA which is headquartered in Austin, Texas, USA. The ILCA also manages the running of the many international Laser events.

The Australian Laser Class Association ALCA co-ordinates the activities of the seven state based Laser districts in Australia. These activities include the running of the National Championship and National Masters Championship which are held annually at venues in each state in rotation.

Lasers are included in national and state youth championships and are very actively sailed by men and women in all age brackets at club, district, national and international levels. The Laser has been used in the Olympics for men in the Standard Rig from 1996 (Atlanta) and for women in the Radial Rig from 2008 (Beijing).

All the information about the Laser is in the Laser Handbook which you can view online or download here.

By changing only the sail and the lower mast the laser can be sailed comfortably in all wind conditions and provide exciting but controlled sailing for any sailor weighting as little as 45kg. The Laser Formula ia a 3 rig option that has been adopted by a number of sailing schools as a simple and economical way to keep sailing in all winds and reduce the amount of “down time”.

The Laser 4.7 uses short pre-bent lower mast to maintain a balanced helm and a sail area that is 35% smaller than the Laser Standard. It is ideal for learning to sail or for the lighter weight sailor graduating from a Optimist. 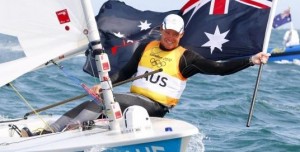 The Laser Radial is the next step up. It uses a more flexible and slightly shorter lower mast together with a sail area 18% smaller than a Laser Standard.

The Laser Radial has a large following with national and international regattas and World Open & Youth Championships attracting as many countries and competitors as the Laser Standard Rig. As well as a strong following amongst lighter weight sailors the Laser Radial is also used for youth, women & masters racing.

Many countries now support a full Laser Radial Youth program and in a survey of national yachting authorities conducted by the International Sailing Federation (ISAF now named World Sailing) the majority replied that the Laser Radial was their preferred youth boat.

The Laser Standard can be sailed by  persons of any weight in light winds, but as the wind increases it is better suited to higher weighted sailors.