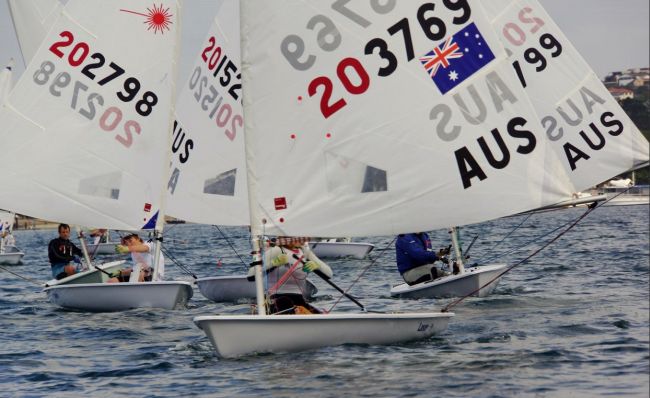 Double Bay Sailing Club hosted the final leg of the NB SailSports Sprint Series on Sunday 8 September in conjunction with the club’s annual regatta.  69 sailors entered on Sunday.  The day’s results are here and the overall series results are here.  The DBSC regatta results and some photos can be viewed on the DBSC web-site.

Blake Selley continued his excellent form in the 4.7s winning the day and the overall series.  Alex South was first for the day in the radial fleet, with Shane Conly first overall.  In the standard fleet, Mark Bethwaite was first for the day, with Sean Atherton taking out the series.

Rob McMillan from NB SailSports who very generously sponsored the series presented the placegetters with their prizes and drew the overall  prizes.