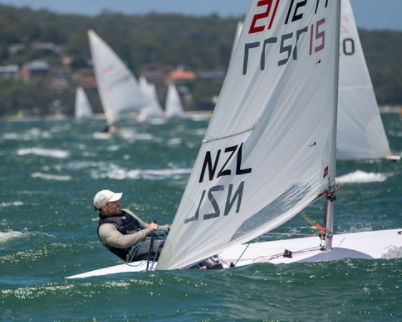 There were 130 entries though not all made an appearance. Those that did enjoyed or endured some great sailing – many did both.

On Saturday racing was protracted due to the strong tide pushing the fleet over the line and the anchor on the start boat which would not hold despite having been used before with no problem. There were numerous U and black flag starts in the large Radial fleet of  over 70 boats – many times when the vast majority of the fleet was swept over the line.

On Sunday with a ginormous start boat anchor and the course moved south and less tide everything ran smoothly and RO Andrew McLachlan was a much less troubled  soul.

Needless to say the conditions were quite testing and many decided to take an early mark. Some normal Standard sailors decided to sail Radial which accounted in part for the unexpectedly large Radial fleet. Despite this there was some great racing.

The podium Division and Fleet places for the event are below and the full results are Here.

Thanks to the Newcastle Cruising Yacht Club and Sailing Manager Jack Buchan and his enthusiastic Port Stephens volunteers from the Bay Sailing Centre. Also thanks to our RO Andrew McLachlan who combines a busy paid job with being Commodore of Georges River Sailing Club and RO for us and other classes.

Special thanks to all the sailors who came out in great numbers to support the event and sailed their socks off with the aim to take home an acrylic cube. Thanks for following the COVID arrangements we put in place. Great to see turnout from smaller clubs like Northbridge who had 11 sailors and the larger clubs DBSC with 18, MHASC 17,  GRSC 13 and Vaucluse YC 10.

There are some great photos by Jon West which you can purchase from his web site Here. Photos on this post by Jon West. 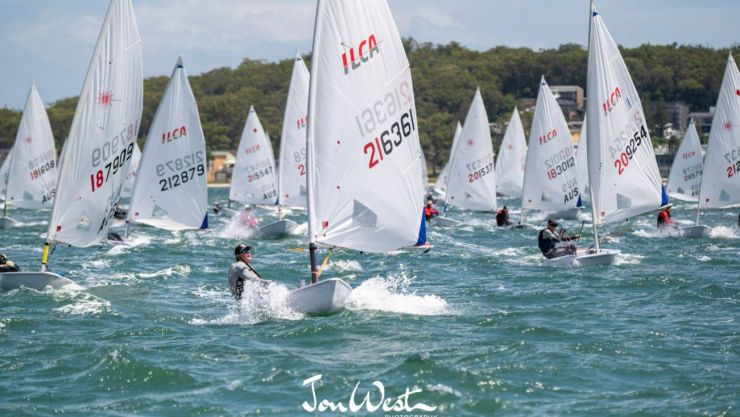