With winds over 20 knots, rain and 15° temperatures forecast this Sunday Double Bay Sailing Club have decided to postpone the Laser 50th Anniversary Event to 20th June. Of course we regularly sail in such conditions (maybe not the 15°) but the aim of the spectacle would be greatly diminished and while Lasers can fly in over 20 knots the drone can’t.

The arrangements for 20th June then will be the same as outlined  previously Here. Folks who have already registered to participate will be emailed and invited to confirm that they can make the new date.

It is a pity about the weather. Mostly we have to worry about not enough wind at this time of year. 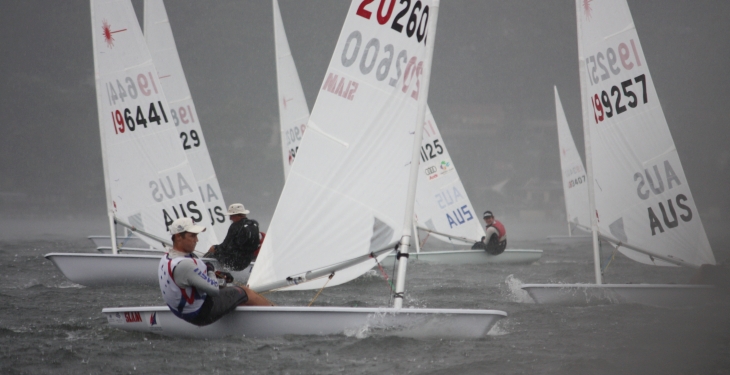 Nice sailing but not much of a spectacle