Port Stephens SAC to Manage and Merge with Newcastle CYC 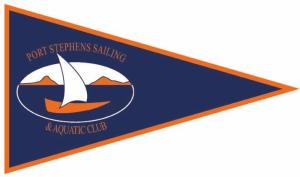 Our favourite venue for large Laser events the Port Stephens Sailing and Aquatic Club (PSSAC) at Salamander Bay has now been secured by the Newcastle Cruising Yacht Club (NCYC). The clubs memberships will be merged.

This is a good outcome as the Port Stephens Council had sought to get greater community benefit from the the club and its iconic location. It was feared that commercial interests might prevail.

NCYC is a strong and well organised club and its management of PSSAC will help promote and retain sailing in the area. PSSAC President Lachlan McPherson said of the changed management “We see this as a very positive outcome to secure and further develop the venue on Salamander Bay for dinghy sailors both local and visiting”

We will be running the (one year delayed) Oceania and Australian Laser Masters Championships at PSSAC 10-13 February 2023. NCYC have indicated their support for the event arrangements which we have had for some time with PSSAC.