SPLM Event at RQYS is Cancelled 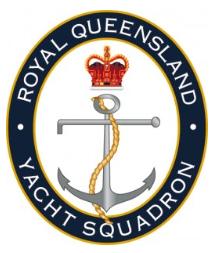 Queensland Laser Association has cancelled the South Pacific Laser Masters scheduled for 7-10 August at RQYS. An open Laser event over the weekend 8-9 August will be run instead for those who are in, or can enter, Queensland.

On behalf of the QLA I’m disappointed to advise that we have been forced to cancel the South Pacifc Laser Masters (SPLM) regatta due to competitors from New Zealand, Victoria and Greater Sydney being unable to attend.

If you have already entered we are in the process of returning your entry fee via RQYS.

In lieu of SPLM we are intending to hold a two day regatta, the Queensland Mid-Winter Laser regatta, on the same weekend which will be open to all Laser sailors, not just Masters. If you can travel to RQYS for the 8th and 9th August we would love to see you at this regatta.

A Notice of Race and entry registration will shortly be available on the RQYS web site.