Looking to the Future – Tracy Usher

Tracy Usher President of the International Laser Class Association (ILCA) World Council has issued his outlook for the class copied below. In part of this statement Tracy is responding to a recent move by a group of disgruntled Europeans (and an one Argentinian) sponsored by the ex UK based Laser builder Laser Performance Europe (LPE).

LPE is about to be replaced or joined by three new European builders under the requirement by World Sailing that the ILCA open up the supply of Laser equipment. If you want more of the disgruntled group’s views courtesy of a web site set up and run by LPE then click HERE. 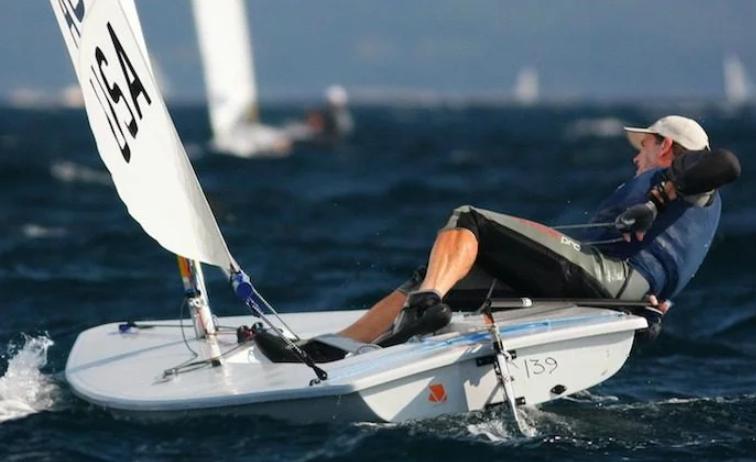 Throughout its 50 year existence, the International Laser Class Association has endured many challenges – whether it was the bankruptcy of the founding builder and the business failures of a number of other builders over the decades or the outside attempt to start a separate association with the “Torch” trying to supplant the existing class. And yet the Laser Class has worked to meet these and other challenges and continued to grow to become today the largest adult and youth sailing organization in the world and, significantly, the single-handed Olympic dinghy for both men and women. While many international class associations organize a single annual world championship, ILCA successfully organizes seven annual world championships with charter support across our three rig variants and various age groups including Radial Women, Radial Men, Standard Men, 4.7 Youth, Radial Youth, Under-21 in both Standard and Radial rigs and the Masters. In addition, there are highly successful regional and district and local championships in many of the rigs and age groups. This is only possible because of the broad support of grassroots of the class — from passionate sailors and hundreds of dedicated volunteers all over the world. This past year has seen another set of extraordinary challenges for the class: undergoing equipment trials to emerge as selected equipment for the next Olympic cycle and reorganizing builder relations in order to comply with the World Sailing Olympic Equipment Policy necessitated by European Union antitrust law. With the same determination shown by our members competing on the water, the association is on the verge of meeting these challenges to ensure the long-term success of the class. The process to comply with World Sailing’s Olympic Equipment Policy has presented several significant challenges which have taken a substantial amount of time and effort to address. The fact is that nearly 50 years of activity has resulted in a complex web of contractual relationships, including some for which ILCA is not a party but which directly impact ILCA operations. The good news is that this process is finally nearing completion and new builders will be receiving molds and starting production in the near future. During this transition, there has been understandable concern over supply, particularly in Europe – the largest region for the class – which had not previously seen many of the supply problems that had been plaguing other regions of the world for many years. While we would all like for this process to happen instantaneously, everyone is working hard to make sure it is done properly. And this takes time. Additionally, we also appreciate the legacy of the familiar starburst logo on our sails, particularly for long-time class members, some of whom have been sailing the boat since the 1970s. All of us would ideally like to maintain the original logo but, unfortunately, ILCA does not have control over the Laser trademark on boats and sails and cannot unilaterally authorize the use of the starburst on the sails. It is unfortunate that the company who does control this trademark in certain parts of the world has yet to accept the offer to be an approved builder and build boats in compliance with the ILCA Class Rules. Instead it seems that, with the support of some individuals in Europe who appear unwilling to wait for new approved builders to get up to speed, they are attempting to start a rival organization with the express intent to undermine ILCA and its sailors. It is difficult to see how this benefits sailors or sailing. Regardless of the insignia on the sails, we remain the World Sailing recognized International Laser Class Association and will continue to conduct Laser Class events around the world as we have for the past 50 years. As we have worked to overcome past challenges, the association is working to meet the current ones. We remain focused on getting additional builders on line in the very near future, including three highly respected builders in Europe. We anticipate that additional builders will enable improvement in supply conditions world wide and that the competition will ensure that the sport remains affordable. The ILCA actively and fully supports the EurILCA Executive in working to ensure stability in Europe as we work to meet our common goals and address concerns of our membership. Stay tuned for additional announcements in the coming days.