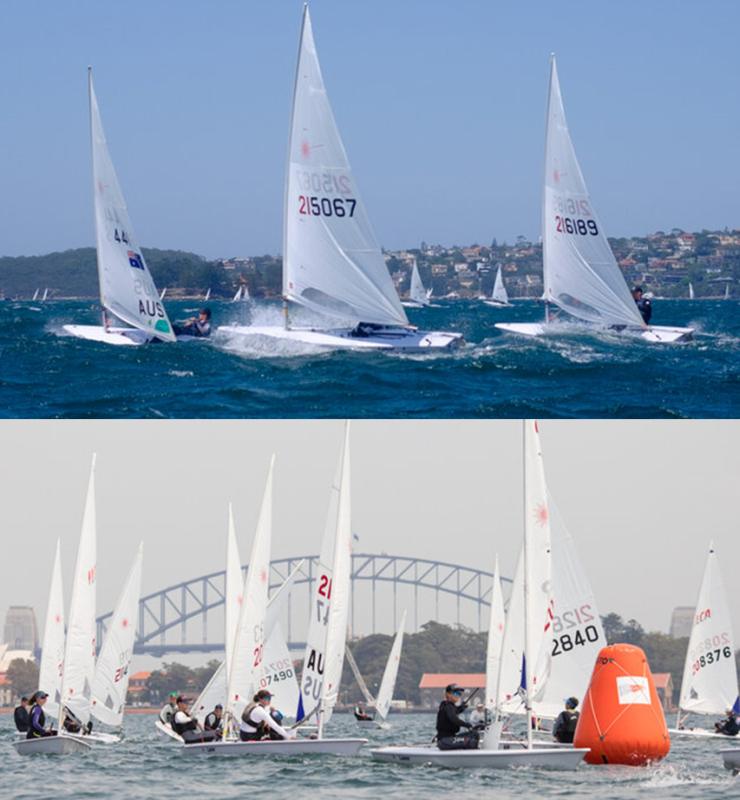 98 Lasers competed in the Laser Metropolitan Championships at Double Bay over the weekend 1-2 February.

The first three races on Saturday saw a classic Sydney Harbour NE’er around 20 knots with gusts to 30 knots as recorded at the BoM weather station on the west harbour wedding cake.  There was lots of chop from the marine traffic and the wind and a lot of activity on the harbour only some of which was under full control. Three races were completed.

Day two saw a S to SE with the first race run in Double Bay. This proved problematic so  R.O. Andrew McLachlan moved the show to Rose Bay which offered a better breeze. The breeze was quite tricky but as usual the top sailors almost always managed to hit the right side of the big shifts.

In the 4.7′s Ethan Lozevski from Dobroyd Aquatic Club and WSC managed to win in a tight series. Ethan had no wins but a very consistent five second places. Second  was Xavier McLachlan from RSYS and DBSC and a point behind in third was Olivia Williams from RPAYC.

The Radials were dominated by Otto Henry WSC/DBSC/RSYS. Otto had four wins and two seconds. Daniel Costandi RSYS/DBSC/GRSC was a very consistent second from Jack Ferguson RSYS/DBSC/WSC. Evie Saunders was the first female finishing 5th. World GGM Champion Jeff Loosemore was the best of the masters and was 4th Radial overall.

Brett Beyer WSC won five of the Standard rig races and dominated this fleet. Fredrik Westman who is visiting from Finland and sailing from WSC was second in every race except Race 4 in which he beat Brett.  DBSC local Luke Parker had a consistent series beating fellow club mate and Laser State Championship winner Campbell Patton.

The results for the event are HERE.