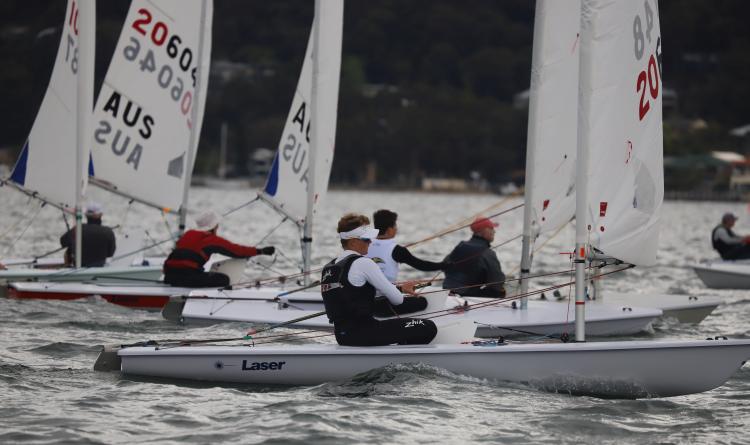 71 Lasers competed in the Coast Championships at Gosford Sailing Club over the weekend 12-13 October.

The winds tested both the sailors and the race officials however in the end five of the scheduled six races were completed with some great tight racing in all three fleets.

In the 4.7′s Xavier RSYS sailors Xavier McLachlan and Kane Sablatnig finished level on 8 points with Xavier winning on a count back. Olivia Williams from RPAYC was not far behind in third.

It was almost as close in the Radials with Otto Henry from WSC beating Jordon Makin from Belmont 16′s by just one point. Daniel Costandi from RSYS and GRSC was third.

The full results for series are HERE.

Some.photos from the event by Jane Humphris are HERE